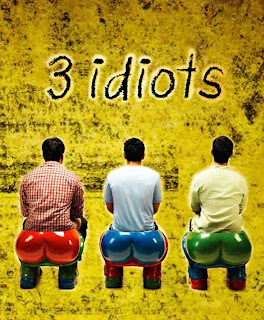 Director Raju Hirani has revealed that his "3 Idiots", which created history by becoming the all-time highest grosser, is getting remade in Tamil and Telugu.

"The film is being remade in Tamil and Telegu. I don't have any idea on who are playing the lead there. I think they are in the process of casting," said Raju at the DVD launch of the film here.

Ruju maintained he is not planning any sequel of "3 Idiots".

"I am not thinking of any sequel to '3 Idiots', unless I hit upon any great idea which could be a sequel, but nothing as of now," Raju told IANS.

Raju is getting ready with the third instalment of "Munnabhai..."

"I am of course working on the script of 'Munnabhai...', I am also working on another script. Can't say which would come first," said Raju.
Posted by Indiblogs at 10:36 AM