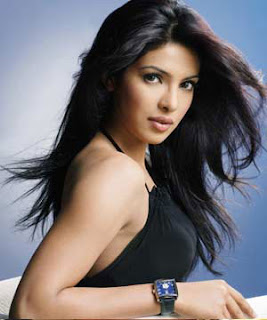 Actress Priyanka Chopra says she is venturing into TV as a reality show host at the peak of her Bollywood career as she loves breaking rules. But she is quick to shrug off comparisons with Akshay Kumar saying he is the "original khiladi".

She will be host of "Fear Factor-Khatron Ke Khiladi" season three, which she says will be scarier than its previous editions that saw Akshay play host to 13 women celebrities.

"I want to thank Akshay. He was so wonderful in the last two seasons of 'Khatron Ka Khiladi' that he has already brought the show to one level, I only have to carry it forward. Comparisons would be unfair," Priyanka told IANS in an interview.

"Akshay is not only the industry's but also India's action hero. He is an original khiladi and I can't be like him; neither will I try following in his footsteps. I will try to make a mark of my own."

Breaking rules excites Priyanka and that's why she chose to venture into television now.

"Television is the biggest medium to reach your audience. There is a set rule that when actors are leaving films, they come to television. It's always exciting to break rules. I'm lucky that I'm in such a stage of my career where I'm doing good films with talented people. At this point, doing something different is quite exciting," said Priyanka.

Asked why she chose "Fear Factor..." as a television debut, she said: "Actually I'm doing so many films right now that there's no time for television. When 'Fear Factor' came to me, because it's my favourite show and I love spontaneous things...and the fact that I could grill the boys and be really mean to them, I guess being a part of a show like this was really exciting for me. What made it easier for me was they required only 20 days from me."

"Fear Factor" on the Colors channel will bring together 13 celebrities competing with one another by performing daring stunts and the one who survives through all the tasks is the winner.

"This time the stunts are bigger, a little more scary, a little more gross. Actually they play with your mind at lot...There can be trivial things that scare you. Some fear darkness, some may fear cockroaches, so it's basically playing with your fears," said Priyanka.

"I think BCCI (Board of Control for Cricket in India) had a commitment with the channel but later what happened I really don't know. But now I have contestants from various fields...so I feel it's much better because you have various people who will talk about many, many things. It's a different mix of people," said Priyanka.

Asked whom she would choose if she had to select participants among her co-stars, she said: "I would love to see Shah Rukh Khan in this show. If Ranbir (Kapoor) had been a participant it would have been great entertainment."

Priyanka reveals that her mother is scared about her being on the adventure show.

"My father and brother were very excited, but my mom got very scared and she said she would stay with me during the shoot and keep praying for me," the actress said.

So will we get to see her perform dangerous stunts as well?

"You will see me showing stunts. Quite a few actually...may be not in every episode. See the lucky thing is I'm the host and I can pick my stunts," she quipped.

"Fear Factor..."' is expected to go on air in September and will be shot in Brazil this month.
Posted by Indiblogs at 10:56 AM