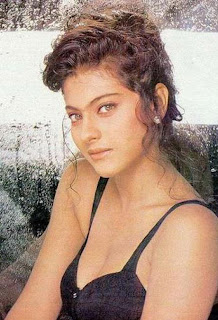 Kajol has just celebrated her birthday and her husband Ajay Devgn has just had a big success in "Once Upon A Time In Mumbaai", and the actress says she can take some credit for her husband's success.

"Don't you think I've trained him very well?" her voice sparkles with mischief, pride and pleasure when told that she has a hand in Devgn's makeover.

"Seriously, it does make a difference whom you are married to. The influence in a marriage works both ways. I credit my husband with a lot of what has happened in my career. And I take some credit for his success. He won't mind," said Kajol, who turned 35 Aug 5.

"The celebrations in my family started much before my birthday. When Ajay and the team of 'Once Upon A Time In Mumbaai' saw the collections for the first three days, they were jumping with joy."

She's just spent her birthday with the people who matter the most to her.

"I like my family. I like being with them. Unlike most people I've no issues with my family. My mother (actress Tanuja) and sister (Tanisha) came over for my birthday. We had lunch and a pooja. That was it," she said.

About to be mom all over again, Kajol admits working on "We Are Family" after her pregnancy did impede her as an actress.

"It was just that one last song 'Jailhouse Rock' where I was pregnant. They were very considerate. They changed the steps for me. Earlier, there was quite a lot of jumping and hopping in my steps which I told them I couldn't do. It was very sweet of them to comply."

She agrees that the roles doing justice to her presence are not that frequent.

"At the end of the day it's all about how much justice you do to what's given to you. I need a good producer and a director, like Karan Johar. A film works only when everyone gives his or her best."
Posted by Indiblogs at 2:19 PM

Email ThisBlogThis!Share to TwitterShare to FacebookShare to Pinterest
Labels: Kajol