Shahrukh Khan's promotion for We Are Family pleasing Karan Johar 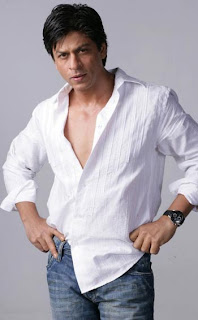 Filmmaker Karan Johar is more than pleased that his superstar friend Shah Rukh Khan is going out of his way to promote his latest production "We Are Family" despite not starring in it.

Associated with most of Karan’s directorial ventures, Shah Rukh is now turning up uninvited at most of the filmmaker’s "We Are Family" press meets to act as a "good luck charm", as the actor put it.

"The way he has been going out of his way to promote 'We Are Family' despite not even starring in it shows that Shah Rukh and I are undoubtedly a family -- ‘We Are Family’," said Karan.

The 38-year-old filmmaker was in the capital to showcase his prêt debut in association with designer Varun Bahl at the ongoing Van Heusen India Men’s Week (VHIMW) Saturday.

Starring Kajol, Kareena Kapoor and Arjun Rampal in the lead, "We Are Family" is an adaptation of Julia Roberts starrer "Stepmom". Directed by Siddharth Malhotra, it is releasing Sep 2.

King Khan, as he is fondly called, barged in sportingly at a media meet Wednesday and insisted on conducting an interview with Arjun and Kareena.

"Even I am part of the family. So I'm joining them to promote the film," he said.
Posted by Indiblogs at 10:30 AM

Email ThisBlogThis!Share to TwitterShare to FacebookShare to Pinterest
Labels: shah rukh khan, we are family