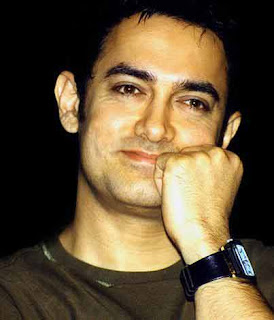 Aamir Khan is on the top of the world these days. His film "Peepli Live", a political satire on the issue of farmers' suicides, has been chosen as India’s official entry at the Oscars, and the Bollywood star says it's a "special honour" to represent the country.

"I'm really happy to hear that 'Peepli Live' has been chosen to represent India at the Oscars. It is always a special honour for me to represent India on a world platform and I would like to thank the Film Federation of India (FFI) for considering us worthy," Aamir said in a press statement.

"Peepli Live" is former journalist Anusha Rizvi's debut film as director and does not boast of big stars.

"My congratulations to Anusha and the entire team," added Aamir.

This is the third time that a film with which Aamir is associated has been chosen to contend for the best foreign film award at the Oscars by the FFI.

The first was Ashutosh Gowariker’s 2001 film "Lagaan", featuring Aamir in the lead, which was nominated among the best five in the best foreign film category. But it lost the honour to "No Man’s Land".

In 2008, his production and debut directorial "Taare Zameen Par" was chosen by the FFI as India’s official entry for the Academy Award, but it failed to make it to the top five.
Posted by Indiblogs at 5:42 PM