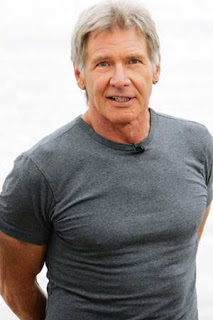 Actor Harrison Ford is to be honoured with Santa Barbara International Films Festival’s 2010 Kirk Douglas Award for excellence in cinema.

Hollywood movie icon Kirk Douglas will present the award to Ford on Nov 19 at the cermony in Santa Barbara, California, reports contactmusic.com.

"I'm delighted to give this award to Harrison Ford. It's always a pleasure to honour these young actors who do so well," said Douglas.

Ford's impressive body of work contains 43 feature films including "Star Wars" and "Indiana Jones" films. He earned an Oscar nomination for "Witness" and also featured in "Frantic", "The Fugitive" and "WorkingGirl".
Posted by Indiblogs at 12:50 PM