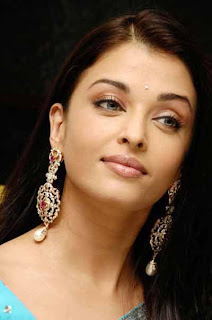 "Robot" is a highly technically advanced bilingual but filmmaker Shankar has made sure there is enough to entertain the common man, says Aishwarya Rai who stars in the film. The actress says she chooses a film on the basis of her role as well as the director and the team.

"When I am working in a movie, it's not only my part in the film but the film in totality (that I think about). I think post-'Devdas', I kind of went on this sudden trip of experiencing movies," Aishwarya told IANS in an interview here.

"Of course, my part is important because as an actor what you are doing has to be exciting, but it's also the experience of working with the filmmaker, the team - all these factors make an opportunity exciting for me."

Praising Shankar's filmmaking skills, she said: "He had to experiment with a lot of things during 'Jeans' and for the first time I was experiencing something like that. He at that point of time brought in that much of technically forward thinking in cinema; I kind of learnt a lot about making a film at that time and, of course, over the years I learnt more.

" 'Jeans' itself was so ahead of its time and here he has pushed it manifold; so, obviously, it becomes more fascinating and intriguing."

This is her second film with Shankar after "Jeans" (1998) and the actress maintains that the USP of Shankar's filmmaking is the importance he gives to the common man.

Shankar has made the film in two languages - "Robot" in Hindi and "Endhiran" in Tamil - and they are releasing Oct 1. Apparently, made at a budget of Rs.175 crore ($38 million), it's the costliest Indian film ever.

It was a long-awaited opportunity for the actress to work with southern superstar Rajnikanth and Shankar together.

"There were lots of wonderful ideas we could have collaborated on and we could have worked together, but my schedule didn't permit. When 'Robot' came, we were more than happy, the schedules kind of worked out.

"Even with Rajni sir, there had been several attempts to work together, but with him again, the schedule didn't permit. I think when we all came together for a film like this, it allowed me to explore a technically way ahead film. So it was obviously a very exciting opportunity creatively," said Aishwarya.

Asked about her experience of working with Rajnikanth, she said: "Just like everyone I had seen and read about his work. We have enjoyed his work as an audience. So to actually get to see him in person every day and see how simply he does it has been an experience. The way he quietly comes to the set and surprises you with his shots, just brings a smile to your face, which is wonderful."

After doing exponentially high budget films - "Jodhaa Akbar", "Ravan" and now "Robot", would she like to do a small budgets film?

"Firstly, I don't say yes to the movie for their budgets; so that's not really my criteria. My criteria is the director I am working with, the film, the character, and what I can give to my audience and hopefully a different Aishwarya each time," said the 36-year-old.

"It has been exciting, the last two years, making these movies. Now it's time to share our hard work with the audience. I enjoyed sharing 'Ravan' with my audience. And now I am excited to share 'Robot' with you all," she said.
Posted by Indiblogs at 4:48 PM