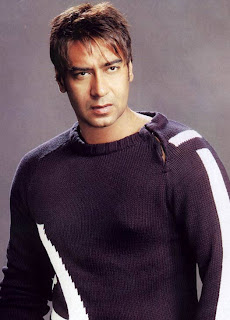 Manoj Srivastava, the chief executive officer of the Entertainment Society of Goa (ESG), which conducts the International Film Festival of India (IFFI), has countered Devgn's claim to the media Tuesday that smoking was permissible in the ESG complex.

The actor was found smoking in the ESG complex in May this year and subsequently fined Rs.100 for violating the provisions of the Control of Tobacco Products Act (COPTA).

"We have displayed proper boards there. As per the law, it is banned to smoke there. Devgn must not have seen the boards," Srivastava told reporters.

Devgn was shooting for "Once upon a time in Mumbai" when he was photographed in smoking in the complex. After the photographs appeared in a local newspaper, the National Organisation for Tobacco Eradication (NOTE), a vigilante group, complained to the police and the state health authorities.

After nearly five months of the complaint, the actor was fined Rs.100 for the violation.

Reacting to the fine, Devgn Tuesday said: "I don't want to discuss this but I would like to say that smoking was allowed in the place where I was doing that." The actor also said he was trying to get rid of the habit.

Speaking to IANS, Shekhar Salkar, general secretary of NOTE, which in the past has taken Bollywood's leading men Shahrukh Khan and Amitabh Bachchan to court for indirectly promoting smoking, said: "I am glad that Devgn knows there are places in Goa where smoking is prohibited. He should have verified with the people around whether it was a no-smoking zone he was standing in or not."
Posted by Indiblogs at 12:26 PM