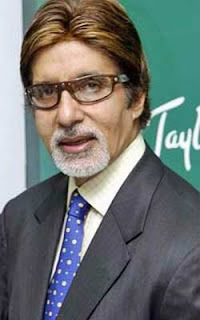 Amitabh Bachchan, who is all set to host the fourth season of "Kaun Banega Crorepati" (KBC), remembers how the game reality show changed the mathematics of his life and pulled him out of a financial crunch.

"Ten years ago in the year 2000, when the entire world was celebrating the new century, I was celebrating my disastrous fortune. There were no films, no money, no company, a million legal cases against and the tax authorities had put notice of recovery on my home," Big B, 67, wrote on his blog bigb.bigadda.com Wednesday.

"An offer for television changed all that when I agreed to anchor 'Kaun Banega Crorepati' much against all the advice and resentment from friends, family and advisers. Taken to the United Kingdom at the Elstree Studios where ‘Millionaire' was being recorded, I observed the elan and grace of the show and the immense production values that it incorporated.

"If they could give me this in India, I would readily agree. They did, I agreed and KBC took its initial steps. It soon became apparent that it was going to be big and prosperous. I merely sat back and played the game as best it could be played. Before long I was out of the financial crisis and signing on an almost two-year deal with the channel that was carrying it," he added.

The first three instalments of the KBC was aired on STAR Plus.

Big B's got into financial crisis when Amitabh Bachchan Corporation ltd (ABCL) started running in loss. He tried to get out of this situation by signing "Mrityudaata" (1997), but the film failed miserably at the box office.

Three years later he got the offer to host KBC and after that there was no looking for this megastar who charted a new success story.
Posted by Indiblogs at 4:16 PM