Amitabh Bachchan: Walking the ramp is most difficult 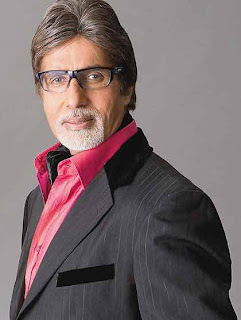 Bollywood megastar Amitabh Bachchan doesn't mind experimenting with any kind of roles, but he finds walking the ramp as the toughest thing to do and wonders how models manage to walk with "those high heels".

The actor and his wife, Jaya, went to attend fashion designer Nachiket Barve's show on the third day of the ongoing Lakme Fashion Week (LFW) in Mumbai Sunday.

"It's the first time for me to be at one of these events and indeed how delightful it was. Felt I was live on FTV, sitting in the gallery among many enthusiasts as the slender and pretty models displaying the wares of the designer walked past on the ramp.

"I had done the same - walked the ramp - for our dear friends Abu (Jani) and Sandeep (Khosla) on two occasions and had felt it to be the most difficult of tasks," Amitabh posted on his blog www.bigb.bigadda.com.

The 67-year-old, who recently won the National Film Award for best actor for his role in "Paa", says he wonders how models remain expressionless on the ramp.

"It is tough to keep a straight expressionless face when you know thousands of eyes are meticulously watching every move of yours. How on earth these graceful and dainty looking models manage all this in those high high-heeled shoes is another miracle. But they did, and did it well," he wrote.

Superstar Akshay Kumar may have tasted all cuisines around the world, but he still loves eating and even cooking oil-laden paranthas.

"Mein paranthewali gali wala ladka hoon (I am from the lane of paranthas), and I love to make different types of paranthas when it comes to Indian cuisine," said the actor, who is set to host a Star Plus' upcoming cookery competition show "Master Chef India".

Akshay, who was raised in the capital's Chandni Chowk area, famous for its

'paranthewali gali', says his son, Aarav has a different taste.

Sajid Khan has a problem - whenever he starts directing a film, he ends up piling on a few kilos. But after "Housefull", he is now trying to lose all the flab with rigorous exercise on the treadmill.

"I've been trying to lose a little weight these days. Whenever I direct a film, I take out all my frustration on food. I don't drink. So when I'm stressed, I eat. But losing the flab becomes a big task after the film releases," Sajid told IANS.

The director says he weighed 86 kgs before he began shooting "Housefull", but he gained 10 kgs by the end of it. After his treadmill sessions, he has managed to come down to 90 kgs, and he is still struggling to shed more.
Posted by Indiblogs at 4:21 PM