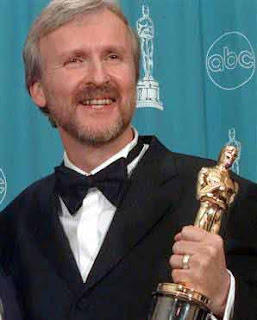 "Avatar" director James Cameron has been named the most powerful man in the film world, beating Steven Spielberg and Christopher Nolan to the top spot.

The Canadian director beat Steven Spielberg, Leonardo DiCaprio and Christopher Nolan in the list by the Guardian newspaper's Film & Music supplement, which proclaimed him the most influential man, reports contactmusic.com.

"Cameron occupies the top two spots in the list of the highest grossing movies of all time, with 'Titanic' (worldwide gross: $1.8 billion) second only to 'Avatar' ($2.7 billion). Those figures are so high that it seems scarcely worth mentioning that other of his films, 'Terminator 2: Judgement Day', stands in the lower reaches of the top 100 with takings of over $519 million; loose change, really," said a statement from the Guardian.

Other notable entries in the top 100 include British comedian Sacha Baron Cohen at number 26, "Prince of Persia" producer Jerry Bruckheimer at number 45 and "Kick-Ass" screenwriter Jane Goldman at number 96.

The following are the top five among the 'Film Power 100' by the Guardian newspaper's Film & Music supplement:

5. Brad Pitt (actor and producer)
Posted by Indiblogs at 5:01 PM