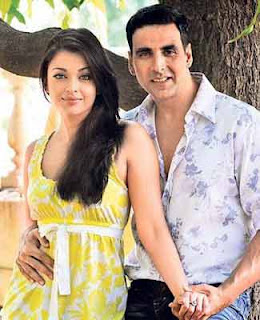 The actors will promote their film at the show.

"It’s true, Aishwarya and Akshay will attend Neeta Lulla’s show and they will be dressed in retro outfits," a source told IANS.

Directed by Vipul Shah, "Action Replayy" is based on a 1994 Gujarati play of the same name. It is a time-travel comedy capturing Mumbai in the 1970s. The film is slated to hit the screens on Diwali.

Other members of the cast, including Neha Dhupia, Randhir Kapoor and Rajpal Yadav, are also expected to attend the show.
Posted by Indiblogs at 5:27 PM