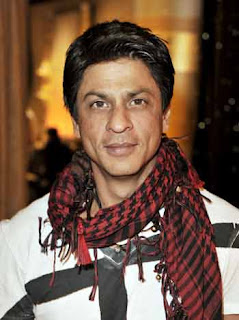 It is futile for people to fight over religious monuments, says Bollywood superstar Shah Rukh Khan, in an indirect message for peace ahead of the verdict on the Babri Masjid-Ramjanmabhoomi dispute.

"I hope we Indians realise how difficult it is to build stadiums and respect and so easy to break monuments and disrespect each others' beliefs. I believe that Allah, god, bhagwan, whichever name we pray to the supreme power by, resides in man's heart, not in manmade houses for Him," Shah Rukh posted on Twitter.

"I mean first our beliefs should take seed and grow in our hearts and then and only then we should manifest that in places of prayer and god," he added.

The verdict on the Babri Masjid-Ramjanmabhoomi title suit case was due to be delivered Sep 24. But now it has been rescheduled for Sep 28.
Posted by Indiblogs at 12:42 PM