During shooting of 'Eat Pray Love',Julia Roberts made life-long friends 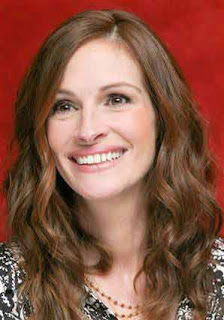 Hollywood actress Julia Roberts has revealed she made friends for life while travelling to Bali, India and Italy to shoot for "Eat Pray Love".

The Oscar-winning actress described it as a "beautiful" experience, especially because she was able to take her husband Danny Moder and children, five-year-old twins Hazel and Phinnaeus and three-year-old son Henry with her on locations, reports femalefirst.co.uk.

"It was beautiful travelling to all those amazing places with my family. I have stayed in touch with lots of special people I met while shooting the film," said Roberts.

"It taught me to appreciate the ones you love and just have a blast. It's a corny cliche but I really have made friends for life. These are people who I will stay in touch with until the end of time," she added.

Directed by Ryan Murphy, the film based on American author Elizabeth Gilbert's book was released in the US last month and got good reviews.
Posted by Indiblogs at 3:33 PM