For Manjo Bajpai, voice-over is tougher than acting 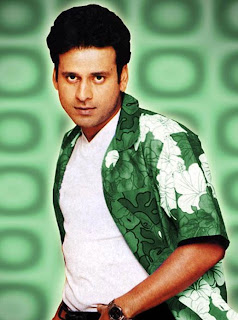 After playing a role inspired by the Mahabharata's Duryodhan in "Rajneeti", Manoj Bajpai has lent his voice to the character of Ram in 3D animation film "Ramayana - The Epic". He says doing the voice-over for an animation film is far more difficult than acting.

The actor said it was difficult to "live up to the expectations" of lending one's voice to a character like Ram. He had to go through strenuous rehearsals to get the perfect tone required for the film directed by Chetan Desai.

"I had to go through a lot of rehearsals to get into the character. I struggled with each and every word, sentence and the graph of voice to retain the softness and mildness of Ram, yet be aggressive. It was a very difficult task," Manoj said.

He finished dubbing for "Ramayana" just before playing a character inspired by Mahabharata's Duryodhan in his recent hit "Raajneeti".

"Before 'Raajneeti', I dubbed for 'Ramayana...'. It's a great opportunity for an actor to do such contrasting characters back to back," he said.

According to Manoj, 3D animation is a great medium to popularise Hindu epics at a time when all children want to watch is "Harry Potter".

"The kind of time we are living in, people tend to read Harry Potter and watch it. They don't know the characters of Ramayana and Mahabharata, which are far more superior. They have a larger than life quality in them and this is where the 3D animation is going to do full justice to Ramayana," the actor said.
Posted by Indiblogs at 11:50 AM