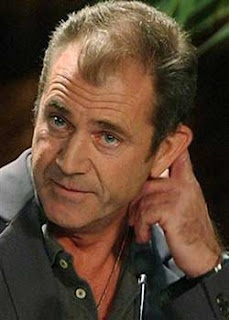 Hollywood actor Mel Gibson's troubled relationship with ex-girlfriend Oksana Grigorieva is back under the spotlight following the leak of an email exchange between the two.

The couple split early this year and subsequently became embroiled in an ugly public spat after the Russian singer accused the Hollywood star of knocking out her teeth in a violent argument.

Now a series of emails which are said to have been sent between the pair shortly after the alleged fight have been obtained, reports tmz.com.

One message, reportedly sent by Gibson, simply reads, "How's your tooth?" and it is followed by another email which reads: "Could you please call me... I want to tell you how unspeakably sorry I am."

Another email allegedly sent by Gibson, tells of his personal woes and his attempts to rebuild the romance.

"I am beginning to actually see, how screwed up I have been... I love you. I want to be here for you and for Lucy... I was terrified of where we were going and my outbursts and the potential for damage..."

"I really am losing my grip. I desperately need a solution. I'm sorry it has to affect you. I can't stand anything any more. I'm full of s**t and need to shovel some out... I try to be ok but it overpowers me... The pain is too great and everywhere I turn is making it heavier... I'm a f**king failure."

A response, from Grigorieva reads: "All I want is for you to be happy. To have no guilt, to smile again. With me or without me, that ever works for you. You are an incredible person. One of the kind. You deserve happiness, deserve love. Please don't torcher yourself like that, please! You didn't do anything to be so hard on yourself."
Posted by Indiblogs at 12:32 PM