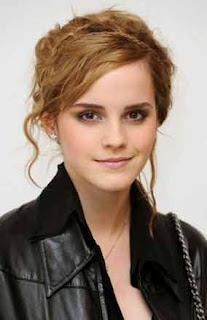 Hollywood actress Emma Watson is in negotiations to play a role in "My Week With Marilyn" opposite Kenneth Branagh and Michelle Williams.

The 20-year-old actress, who played Hermione Granger in all eight Harry POtter movies based on J.K. Rowling's bestselling books has landed a part in "My Week With Marilyn", reports femalefirst.co.uk.

Emma will reportedly play a wardrobe assistant named Lucy in the movie based on the memoirs of Colin Clark (to be played by Eddie Redmayne), who worked as Laurence Olivier's assistant in the film "The Prince And The Showgirl" in 1956. The movie also starred Marilyn Monroe with whom Colin became obsessed.

The film produced by David Parfitt and the Weinstein Company will begin shooting Oct 4 at Pinewood Studios, Britain.
Posted by Indiblogs at 4:06 PM