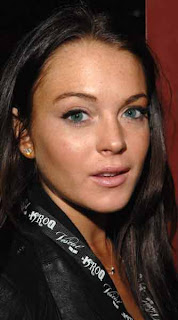 Troubled actress Lindsay Lohan is planning to voluntarily check herself back into rehab in the coming days.

According to the sources, after she relapsed just weeks after checking out of UCLA inpatient rehab, the "Mean Girls" star is serious about her recovery.

"She will step up her treatment and do more than what she was previously ordered to do," people.com quoted the source as saying.

The actress was released from a Lynwood, California jail late Friday night after winning an appeal to be granted bail following a failed drug test.

The 24-year-old has been ordered to wear a SCRAM alcohol-monitoring bracelet and must avoid places "where alcohol is the chief item of sale".
Posted by Indiblogs at 3:14 PM