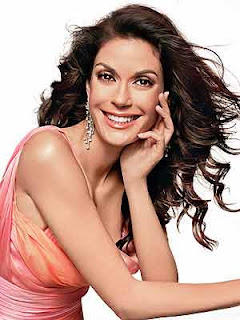 Actress Teri Hatcher was compelled to wear false eyelashes after she accidentally sliced off her eyelashes during a grooming session.

The "Desperate Housewives" star was tidying up her eyebrows the night before she took part in the recent Nautica Malibu Triathlon in California, but the blade slipped and sliced through her lashes.

"I had one of those mini razors and so I (placed it on my brow) and in this milli second I heard this sound, and I'd shaved off half of my eyelashes," contactmusic.com quoted her as saying.

Hatcher was forced to glue on false lashes so she didn't look foolish while swimming, biking and running the following day and she revealed she's still waiting for the originals to grow back.

"So these are all fake," she added pointing to her eyebrows.
Posted by Indiblogs at 3:21 PM