Hollywood Diva Lindsay Lohan bares all in next movie 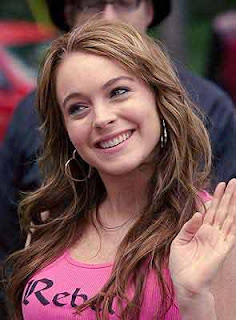 Hollywood actress Lindsay Lohan has bared all for a scene in her new action movie "Machete".

The movie, co-directed by Robert Rodriquez, features a number of controversial sequences, including a shower scene featuring Jessica Alba.

The 29-year-old Alba recently came to the defence of co-star Lohan after it was revealed that the actress could go back to prison in light of her recent troubles.

"The fact that she can poke fun at herself - she's a brilliant actress. 'Mean Girls' is a classic. It's so good. How can you ever forget that? I think people should probably focus more on someone's career and maybe less on someone's personal circumstances. It's nobody's business. Everyone goes through their own thing," contactmusic.com quoted Alba as saying.

Lohan plays a kidnapped socialite in "Machete".
Posted by Indiblogs at 4:12 PM