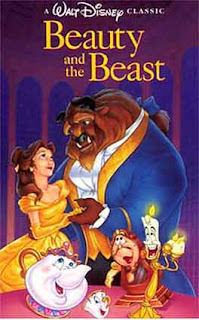 It is an eternal fairy tale that has had as many rebirths as the dozens of decades it's been with us. It has even been spoofed in "Shrek". Yet, the most enduring one of all, remains Disney’s 1991 classic "Beauty and the Beast". The same film comes back on screen, in an all new shiny 3D.

The story is skin-deep and yet deeper like its message. A beautiful girl hates an ugly beast she is forced to live with in a palace till she discovers that true beauty lies way deeper than the surface and that behind the bestiality of the beast lies a kind, gentle soul.

This 1991 musical thrilled audiences with its enchanting romance, melody, quirky, delectable characters, drama, suspense and intrigue. What you find is that the film still hold powers deep within that no number of sequels with kids on flying brooms can touch. Simplicity still enchants, and tugs at your heartstrings, even if you choose to ignore the near perfect rendering in 3D to suit our jazzed up times.

The animation may seem to you outdated, considering that it was hand-painted in traditional Disney style, and not the perfect computer-generated wizardry of modern animation films. Yet, with 3D it becomes an impeccable mix of old world animation and modern technical excellence. Still beyond at the core of it is story telling in all its simplicity and beauty.

For hidden behind the skin of this simple fairy tale is an eternal lesson for all of us that true beauty is in the heart, not face.

It is a lesson that becomes more pertinent in the world that we inhabit today where material things and outward appearances have become more important than heart, soul and intention of a matter, a person, a thing or an emotion.

Watch it not because it is 3D and bigger, better and shinier to look at, but because this film has a soul like few others. Watch it because you missed it back in 1991.
Posted by Indiblogs at 4:47 PM

Email ThisBlogThis!Share to TwitterShare to FacebookShare to Pinterest
Labels: Beauty And The Beast, Hollywood