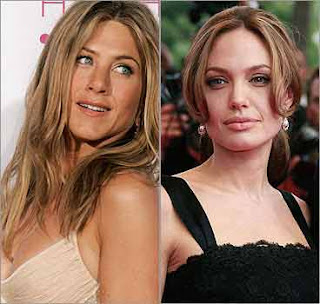 Former "Friends" star Jennifer Aniston was shocked when she once received a letter from actress Angelina Jolie.

According to reports, Jolie, who raises six children with Aniston’s ex-husband Brad Pitt, decided to reach out to her in an attempt to put an end to their long-running feud.

"Angelina doesn’t want any more bad energy in her life and she hates the hostility that exists between her and Jen," showbizspy.co.uk quoted a source as saying.

"It’s taken her a very long time to work up the courage, but she’s coming from a good place and genuinely wants to put the past behind them," the source said.

"It may seem crazy, but for those of us who actually know Angelina, it really isn’t all that surprising. She’s an unpredictable character, so for her to reach out to Jen like this is just the sort of behavior she’s known for."

"In the note, Angie tells Jen that she would make a wonderful mother and that she’s at the perfect age and time of her life to have her first child. What’s more, Brad is fully behind her. He’s so proud of Angie for reaching out to Jen," the source added.

The source further said that when Aniston opened Jolie's note, she was "beyond shocked. I think she suspected at first that it must have been sent as some kind of a prank."

"Still, when Jen realised Angie’s letter was sincere and genuine, she actually went from shocked to being impressed. Being a mature person, Jen must have recognized how much of an effort it was on Angie’s part to have gone through with the letter," the source added.
Posted by Indiblogs at 3:02 PM