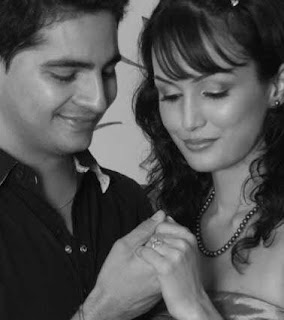 The actors will feature in two different plays -- "Poore Chand Ki Raat" and "Ichha" -- which have been created by Mehra's acting school Reel In and Reel Out Acting Studio, and directed by actor-turned-director Praveen Hingonia.

"Ichha", featuring Nisha, will deal with the issue of AIDS and has the support of Mukti - a Smita Thackeray foundation that fights for an HIV-free nation.

Both the actors are extremely excited.

"It is for the first time that Nisha and I are working together. We are thrilled about these two plays. Nisha is also emotionally attached to the project as it's our acting school's first theatre venture. We have worked together off screen, but never had an opportunity to be in the same frame. It is nice to see each other performing live," Karan said in a press statement.

For Nisha, who has earlier featured in TV commercials, and two films "Rafoo Chakkar: Fun on the Run" and "Hastey Hastey - Follow Your Heart", theatre is a very challenging medium.

"There are no re-takes, cuts or editing gimmicks in plays and they have their own charm. Working with Karan is a unique experience altogether. We are really lucky to get supporters like Smitaji," she said.
Posted by Indiblogs at 3:16 PM