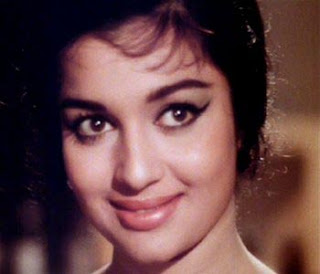 Veteran actress Asha Parekh walked down memory lane Saturday as she recalled her blockbuster film "Teesri Manzil" and said if the film is remade today, actress Kareena Kapoor should play the role she essayed.

"Its very difficult to choose one actress to play my role in 'Teesri Manzil' because all of them are so good, but if I have to then I think Kareena should do it. She will be very good in it," the 67-year-old actress told reporters at the screening of her 1966 film "Teesri Manzil", organized by Radio Mirchi.

Feeling nostalgic, Asha also revealed an incident during the shoot of the film that she still remembers.

"In the film there is a song 'Aajaa aajaa'. When that was being picturised, I somehow contracted an allergy. So I was on a lot of medicines. Because of that I had to finish the song very soon, had to do a lot of portions together. That was quite difficult and I still remember that," she said.

Her co-star in the film Shammi Kapoor, singer Asha Bhosle and actor Aamir Khan were among others present at the event.
Posted by Indiblogs at 12:05 PM