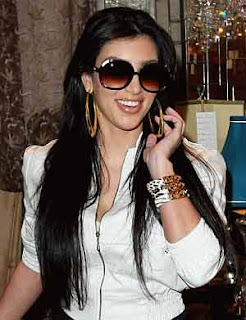 The 29-year-old beauty, who was said to be dating the Dallas Cowboys star since August, called off their relationship before heading to Europe with her mother Kris Jenner.

"They broke up about a week ago. It's typical after a break for Kim to take some time by herself. When she broke up with Reggie Bush, she went to Mexico and now after her break with Miles she went to Europe," femalefirst.co.uk quoted an insider as saying.

Friends haven't ruled out a reconciliation between the pair in the future.

A friend said: "I'm sure they'll be on and off again but at the moment, they are definitely 100 percent off."
Posted by Indiblogs at 4:46 PM