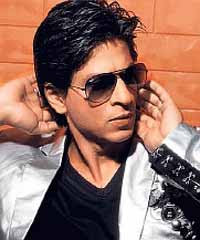 Seaxan Ali has never met Bollywood superstar Shah Rukh Khan. But the lean, muscular actor, arguably one of Maldives' top stars, ought to know what it means to be like 'King Khan' back in Maldives.

Mobbed often back in Male, Seaxan, who is billed as Maldives' Shah Rukh, is in Goa to be part of the South Asian Film Festival, where his movie "Jinni" is being screened.

"Maldives has learnt to speak Hindi because of the Bollywood influence," Seaxan told IANS.

The actor added that he, along with other filmmakers in Maldives, was looking at joint ventures with Bollywood.

Cooling his heels in absolute anonymity in Goa, the actor, who has worked in Maldivian remakes of Bollywood films like "Hingodani" (inspired from the Akshay Kumar-starrer 'Dhadkan') said that the meagre 300,000 population of Maldives was one of the handicaps behind the inability of the Maldivian film industry to grow as per expectations.

"We do not have a big market. With a population of just 300,000 our film industry is handicapped, unlike Bollywood which takes its films to crores of people not just in India, but worldwide too," Seaxan said.

In terms of finances, a typical Maldivian film can be made within a budget of Rs.5 lakh to Rs.8 lakh (Maldivian rupees). "Only those who are really successful in the Maldives film world can afford to live off films alone. The rest have to struggle," he said, adding that annually eight to ten films are made in his country.

Having won the the Maldives National Film Award twice, Seaxan has now begun to tinker around with production and direction. He has already directed "Karunavee Beyvafaa", which he says was a hit at the box office back home.

Seaxan has now started Seaxanal Movies, a movie producing company and is looking to invest money in film projects back home.
Posted by Indiblogs at 3:55 PM