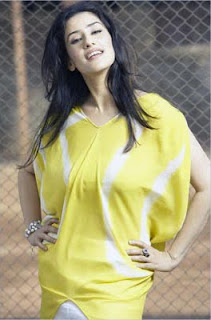 She's had a perfect honeymoon and plans to be in Mumbai to attend a few of her film screenings. But Manisha Koirala says her priorities in life have changed after marriage and she'd like to focus on making her marriage a success.

"My husband Samrat (Dahal) and I travelled through the south of Finland then the north of Finland. Then we went to Stuttgart (Germany) where I was on the jury of the Stuttgart Film Festival for the 'Bollywood And Beyond' section," Manisha said about her honeymoon.

Then came the best part of the trip. Paris!

"It's my dream city. But going there with my husband was a dream beyond a dream. It was a different experience altogether."

Manisha now intends to buy a home for Samrat and herself in Paris.

Manisha tied the knot with the Nepali businessman in a traditional Nepali ceremony in Kathmandu in June.

Speaking from Kathmandu, she said: "My life and priorities have changed. I can't think beyond the life that I've now got with Sam. Though my own family is very precious to me, the time I spend with Sam's family is very important right now. His mother is a lovely person, and so are his father and brother."

Manisha, who has given great performances in film like "Bombay" and "Dil Se", is candid enough to admit that being in a marriage is not easy for a free-spirited woman like her.

"Sam and I are working hard on our marriage. We want this to work. With the blessing of the people who love us, it will. We now realize how much it takes to make a marriage work. It's tough on both of us. But since we love one another, we are willing to make all the compromises that go into a successful marriage," she said.

At the moment, Manisha is not thinking of her acting career.

"I need to work on my marriage. I have to make it work. It is the most important thing to have happened to me. And I need to spend time with my husband and his family. Right now I'm not thinking of my career. But I will be involved with cinema in one way or another."

Manisha returns to Mumbai later this month without her husband. "I have to attend the screening of Onir's 'I Am In New York' and then Deepti Naval's 'Do Paise Ki Dhoop Chaar Aane Ki Baarish'. Both feature me in good roles. And I am committed to attending both the events."

"I also have a bit of work to complete on the Malayalam film I'm doing. That's it. After that I'm back in Kathmandu to be with my husband."

As for throwing a post-wedding reception party in Mumbai, Manisha said: "I hope soon there will be even more reason to celebrate."

Motherhood surely seems her next dream stoppage.
Posted by Indiblogs at 4:49 PM