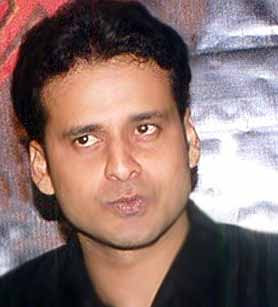 Bollywood actor Manoj Bajpai will be seen playing the role of a goldsmith in quirky new comedy "Dus Tola", inspired by folk tales.

"Dus Tola" tells the story of a quaint little town Sonapur where Shankar (Manoj), the local goldsmith, is head-over-heels in love with his neighbour’s daughter Suvarnalata (Aarti Chhabria) much to the chagrin of her father Daya Shastri (Dilip Prabahvalkar).

Shastri is bent upon finding her a suitable groom from Dubai and cover her with gold at the wedding which will help him climb up the social ladder. Armed with nothing but a heart of pure gold, Shankar sets out to overcome the obstacles of devious plots and heartache.

Asha wrote on microblogging site Twitter: "Many thanks to AR Rahman for greeting me on my birthday with 70+ red roses. Innovative style like his music! Thanks".

A busy schedule seems to have taken a toll on J.D. Majethia, producer of the big screen adaptation of hit TV series "Khichdi", as he is down with high fever.

Despite being ill, Majethia is in high spirits and is leaving no stone unturned to promote his new film "Khichdi-The Movie".

"Even though my health is low, our spirits are high and we are not going to leave any stone unturned in promoting our film... after all laughter is the best medicine," said Majethia.

The film will be released by Fox Star Studios Oct 1.
Posted by Indiblogs at 4:04 PM