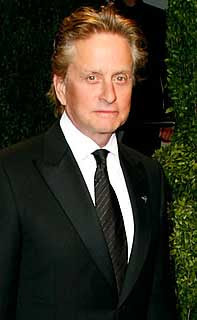 Hollywood actor Michael Douglas believes he has cancer because he has had such a stressful year, and has vowed to clean up his act in the future.

The "Wall Street: Money Never Sleeps" star is currently undergoing eight weeks of radiation and chemotherapy after being diagnosed with a tumour in his throat last month, reports dailystar.co.uk.

"This type of cancer can be brought on by alcohol and tobacco abuse and by a certain type of sexually transmitted reason, but I look at it as stress," said Douglas.