Mohanlal out of 'Saat Khoon Maaf' 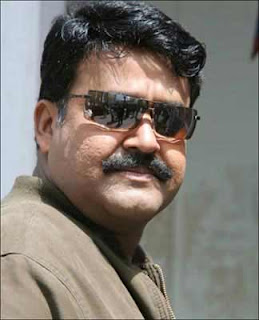 Malayalam superstar Mohanlal, who returns to Hindi movies with Priyadarshan's next, says he is still puzzled why he is not in Vishal Bharadwaj's "Saat Khoon Maaf".

"I was on for the role. I had been finalised and signed. I was not even told why my services were not needed. But I'd rather not talk about this. I'd rather focus on talking about Priyan's film," said Mohanlal, 50, who was to play one of Priyanka Chopra's seven husbands in the film.

Right now he is excited about Priyadarshan's thriller, which will be shot on a speeding train in London. This is Mohanalal and Priyan's 40th film together.

"I haven't asked Priyan what my role is. He told me he needed me for a cameo. And I agreed," said the actor whose last Hindi movie was the disastrous "Ram Gopal Varma Ki Aag".

In Priyadarshan's film, Mohanlal plays a Malayali cop in Britain. In Varma's "Company" he had played a south Indian police commissioner. In both cases, the characters were altered for Mohanlal's sake. But the actor says language is not a barrier anymore.

"The language is not really important. I am shooting a terrorist drama 'Khandahar' right now and it's hard to say what the language of the film is. The characters speak in Malayalam, Hindi and English. I think cinema now transcends all linguistic barriers."

Priyadarshan, who is teaming with his favourite actor after eight years, said: "I've done 39 films with Mohanlal so far. For the last eight years we haven't worked together. I was busy doing remakes of Mohanlal films with Akshay Kumar. I thought it was high time that I did something again with the original. Mohanlal didn't even ask me what his role in the film was. That's the level of trust we have."
Posted by Indiblogs at 3:47 PM

Email ThisBlogThis!Share to TwitterShare to FacebookShare to Pinterest
Labels: Mohanlal