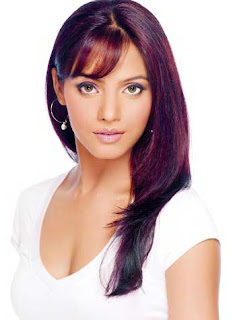 Rumours are rife that Bollywood actress Neetu Chandra may feature in the fourth season of reality show "Bigg Boss" along with Pakistani actress Veena Malik.

Neetu has reportedly been approached to appear on the show, but nothing has been confirmed yet.

"I'm yet to confirm this news with Neetu. I haven't spoken to her, as I'm aware that she is in rehearsals today and her phone would be on silent mode," said the actress' spokesperson in a release.

Neetu and Veena made headlines when the latter accused Neetu of having direct links with her ex-boyfriend and Pakistani bowler Mohammad Asif, who is currently embroiled in a match fixing controversy.
Posted by Indiblogs at 4:16 PM