Paan Singh Tomar to be shown at London Film Festival 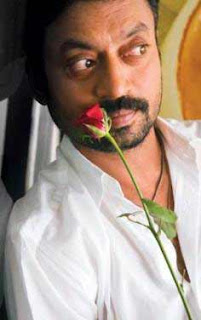 "Udaan" will be showcased in Britain for the first time after its worldwide release July 16, while "Paan Singh Tomar" will have its world premiere at the festival.

Directed by Vikramaditya Motwane and co-produced by Sanjay Singh and Anurag Kashyap and UTV Motion Pictures, "Udaan" that narrates the story of a teenage boy stuck with his authoritative father received overwhelming response from critics and masses worldwide.

"'Udaan' has had a fantastic response worldwide and now with the film being premiered at the most prestigious film festival in UK, we are confident everyone here will love the film and appreciate it thoroughly," said Motwane in a statement.

"Udaan" was officially selected to compete in the Un Certain Regard (A Certain Look) category at the 2010 Cannes Film Festival and was the first Indian film to be part of Cannes's official section in seven years. The film also won awards at one of world's largest children's film festivals, Giffoni Film Festival in Italy, namely the Audience Award and Best Music Score.

Director Tigmanshu Dhulia's "Paan Singh Tomar" is a biopic on Paan Singh Tomar, a national steeplechase champion who ultimately left the army and the track to become a bandit. Irrfan Khan essays the title role in the film.

"Paan Singh Tomar is a story that has been with me for 17 years now and I am thrilled to have this platform to share it with people around the world, starting with the most esteemed film festivals in the UK market," said Dhulia.

Two out of seven Indian films to be showcased at the festival have been produced by UTV Motion Pictures.

"Our films have been doing well with the audiences at large, where London as a market has always been extremely encouraging, considering the strong and passionate movie watching crowd who are popularly known to appreciate good cinema," said Amrita Pandey, Senior Vice President - International Distribution and Syndication, Motion Pictures - UTV.

Other Indian films to be showcased at the festival are Aamir Bashir's "Harud" ("Autumn"); "I Am Kalam", a children's film directed by Nila Madhad Panda; "Mee Sindhutai Sapkal" ("I Am, Sindhutai Sapkal") by director Ananth Mahadevan; and Kaushik Ganguly's "Aarekti Premer Golpo" ("Just Another Love Story").
Posted by Indiblogs at 4:01 PM