Rahul Bose wants to do a hardcore action film 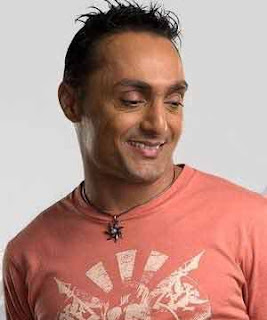 Rahul Bose is dying to do an action film as he is passionate about sports but says an emphatic no to typical Bollywood potboilers. He adds that offbeat movies and world cinema have always excited him.

"I have been seen less in out-and-out commercial films because my preference has always been world cinema. Whether it is 'Split Wide Open' or 'English, August', my inclination has been offbeat cinema," Rahul told IANS in an interview.

"I would never want to do a typical commercial film, but I want to do a hardcore action film now. Stunts and adventure have always interested me. My passion for sports pokes me now and then to consider action roles. And I have always thought of doing at least one film where I would fly through the air," he added.

The 43-year-old, who was here as brand ambassador of NGO Oxfam India to raise his voice in support of residents of Leh - the area suffered hugely after a cloudburst in August - has always had a unique choice of projects.

He started his movie career with Dev Benegal's 1994 film "English August", a satire on bureaucracy.

Although he has acted in mainstream Bollywood films like "Thakshak", "Silsilay" and "Pyaar Ke Side Effects" among others, Rahul is known for his portrayals in arthouse films like "Mr. and Mrs. Iyer", "15 Park Avenue", "Anuranan", "Chameli" and "Japanese Wife".

Doesn't he feel uncomfortable being tagged as a serious actor?

"I feel proud that my work is worth being tagged...even if it means being called 'different'. The cinema that I do is different and is not mainstream - that is why people give different tags to it. But at least they recognise me. It's better to be known with some name than to be neglected," he said.

Now his forthcoming movies include Onir's "I Am", in which he plays a homosexual, and Vipul Shah's "Kuch Love Jaisa" opposite Shefali Shah.

Rahul is quite excited about "I Am".

"Working in 'I Am' has been a phenomenal experience and I am quite happy with the way the film has shaped up. I play a homosexual and the story is about love and homosexuality," he said.

Meanwhile, he has decided not to take up any new projects as of now and is fulfilling his action dreams on popular action-adventure show "Fear Factor - Khatron Ke Khiladi 3". Hosted by Bollywood diva Priyanka Chopra, it is aired on Colors.

His performance has been average till now, but he admits that the "vibrant personality" of the host is an add-on to the contestants' energy level.

"Priyanka is very intelligent and has a very vibrant personality, which was a source of energy to the contestants. But during performances there was nothing that could distract your focus, not even beauty," he said.

The show is shot in Brazil and involves many challenging tasks involving dealing with creepy crawlies and underwater and mid-air stunts. But the sports enthusiast describes it as a great experience.

"I loved every bit of it, the show was a great experience and all of us gelled very well without any effort. My partner Anne was very strong. And I must bring into notice that the stunts were very professional - the level of difficulty, the safety measures - everything was looked after very well."
Posted by Indiblogs at 5:18 PM