Ranbir Kapoor: I have miles to go 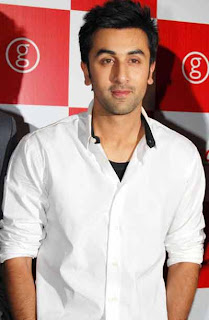 Ranbir Kapoor has his feet firmly rooted to the ground. Flattering comparisons with icon Amitabh Bachchan are brushed aside by the young star as "very premature".

Ranbir, 27, a Kapoor family scion, doesn't approve of the comparison with the megastar, insisting that stars like Amitabh "come once in a lifetime".

The comparison was made by director Siddharth Anand, whose "Anjaana Anjaani" in which Ranbir co-stars with Priyanka Chopra is due for release Sep 24. Siddharth, who collaborated with the actor earlier in "Bachna Ae Haseeno", said that Ranbir has the potential to follow in the footsteps of Amitabh and become the "complete Hindi film hero".

"You cannot follow somebody's career path or match your stardom to anybody else's, especially Mr. Bachchan, because people like them come once in a lifetime," Ranbir told IANS in an intervew.

"I have just started. It's been two-and-a-half-years, had six releases and I have miles to go, and all these titles like you are the next superstar doesn't make sense to me. I am too new. It's very premature. I need to first consolidate my position in the industry by doing more movies, work with more directors and improve."

He was here at the Kingdom of Dreams with Priyanka to promote "Anjaana Anjaani", an interesting tale of two people who meet each other when they are about to end their lives.

For Ranbir, this is his first film with National Award winning actress Priyanka Chopra. He is full of praise for her down-to-earth approach.

"Apart from being a good actress, Priyanka is also a good human being. She has no airs, no attitudes, she's no diva, she is really basic (girl) and I think this is one of her greatest qualities."

Ranbir takes pride in being a part the Kapoor khandan but doesn't want to "rest under his family's name" as he is more keen to create an individual identity for himself.

"I feel honoured that I am a part of this family, which has been contributing to Indian cinema for more than 80 years now. There indeed is a responsibility that I have to carry forward. However, I don't want to rest under my family's name. I want to make a name for myself," Ranbir told IANS in an interview.

"I want people to know me by my work. I feel that's what is important and that is what my efforts are towards," he added.

The great grandson of legendary Prithviraj Kapoor, grandson of Bollywood's one and only showman Raj Kapoor and son of yesteryears stars Neetu and Rishi Kapoor, Ranbir has established himself as an actor to reckon with - and that in three years.

His debut vehicle "Saawariya" (2007) didn't creat any buzz at the box office, but Ranbir rose above the film's fate and won the Filmfare award for the best male debut.

In his short career, he has pushed the envelope by doing different roles like a lover boy in "Ajab Prem Ki Gajab Kahani", a casanova in "Bachna Ae Haseeno" and a calculative scion of a political family in "Raajneeti".

The actor maintains it wasn't a deliberate attempt on his part to play diverse roles, he was lucky enough to get such offers.

"I have always maintained that I have been at the right place at the right time. I have been fortunate enough to work with good directors. I came at a time when scripts for younger actors were being written and I got an opportunity to work with some of the beautiful co-stars. I attribute it to luck," he said.

As far as his love life is concerned, he is single after splitting with actress Deepika Padukone and says he is enjoying his own company.