Ranbir Kapoor says I will not marry an actress 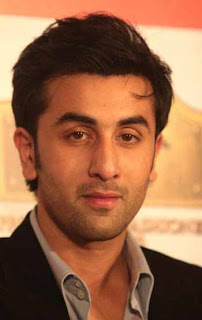 All you Ranbir Kapoor female fans, here’s some good news - the young and dashing actor says there is no compulsion for him to marry an actress and that he is open to a girl from any profession.

"Don’t assume I will only marry an actress. I can marry somebody who is in another profession," Ranbir, who was until recently dating actress Deepika Padukone, told reporters here.

And he is not at all fussy about what he wants in his wife-to-be.

"There are no specifications as such…not that I want a girl of 5’4 height only, or anything…she should be a nice-hearted, simple girl, who respects elders…yeah…that’s good enough," he added.

The 27-year-old, who used to feel uncomfortable watching his mother, yesteryears actress Neetu Kapoor romancing other heroes in films, says he will be open to the idea of letting his future wife pursue her career.

"Absolutely! Her career will be her choice. My mother left her career because she wanted to. She felt her priority was to make a home and bring up children. So it depends on the person I marry, there will be no pressures from me."

Ranbir has now overcome his hang-ups with his mother’s movies also.

"I was very young when I used to feel uncomfortable watching mom’s films. I have grown up now and I understand this business better...So I don't think I will be uncomfortable with anything," he said.

In fact, now he is extremely excited about his mother’s comeback with his father Rishi in the upcoming movie "Do Dooni Chaar".

"Seeing them together on screen after so many years was heartwarming. It makes me feel so good. I have seen the film and it is genuinely good," said Ranbir, whose upcoming release "Anjaana Anjaani" releases Sep 24 - just two weeks before his parents’ film.

About sharing space with is parents, he said: "I am not doing any film with my parents. But yes I would love to act with them one day."
Posted by Indiblogs at 4:54 PM