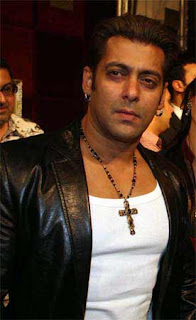 Gauging a strong fan following for Salman Khan in the south, producer B.K. Krishnan of BRK films is set to make a movie inspired by the ups-and-downs of the life and loves of the Bollywood superstar.

The film is tentatively titled "Anna Salman" or "Brother Salman", but the producer is yet to zero in on an actor to play Salman.

"I am still looking for a hero to play Salman's role. The film is not based on Sallu bhai's life, it is only vaguely inspired by it. We all love Salman Khan and his movies. When I read the script, I immediately decided to do the movie," Krishnan said in a statement.

Sources said that the script has similar incidents like the Bandra bakery accident and the Black Buck poaching case. However, the hero is shown as a good character, who lands up at a wrong place at the wrong time and messes up his life.

The film would also show that the hero also has a torrid relationship with a young actress - an apparent reference to Salman Khan's troubled past relationship with Aishwarya Rai, to be played out by Rittu Sachdev.

"Out and out, the film is a comedy and the hero comes out of his troubles triumphant and much loved by everyone, in spite of the initial bad phase," said Krishnan.
Posted by Indiblogs at 3:35 PM