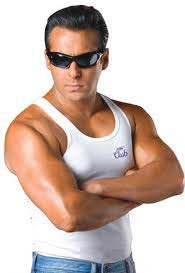 Bollywood star Salman Khan is contemplating quitting the micro-blogging site Twitter following the controversy over his comments on the 26/11 terror attack.

"Looks like I might have to get off Twitter. Don't want to but what to do? I think I messed up, so sorry guys, sorry bolne mein koi sharam nahi (there's no shame in saying sorry)," Salman posted on his Twitter page.

The 44-year-old, whose latest film "Dabangg" has the cash registers ringing, is being criticised for his comments to a Pakistani TV channel that the 26/11 attack attracted "too much hype" as only "elite people were targeted".

But the actor apologised when he realised his comments were being blown out of proportion.

Salman's father, veteran scriptwriter Salim Khan defended his son and said he is not "articulate and political".

That could be one of the reasons why Salman is planning to pull off from Twitter. He had joined the social networking site in April this year.

Posted by Indiblogs at 3:52 PM