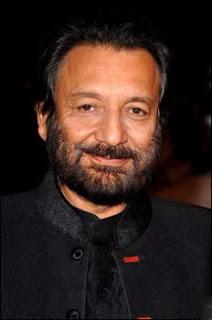 Internationally renowned filmmaker Shekhar Kapur has appealed to the people of India and rest of the world to conserve water which, he said, is a social commodity and a fast depleting natural resource.

"Water is the responsibility of each and every individual on earth, not just the state. Of course, it is the duty of the state to make adequate arrangements for supplying safe drinking water, but each of us also needs to check our own consumption levels and not waste it," Kapur said Tuesday.

He was speaking exclusively to IANS on the sidelines of the formation of a global organization, We Are Water Foundation, being set up simultaneously in 20 countries around the world, late Tuesday evening.

"The water crisis has already crossed the danger levels. Over 80 percent of the world's population and 65 percent of India are 'water-stressed' to various degrees. More children die for lack of clean water than anything else on earth. We are on the brink," Kapur warned, painting a grim picture of the world's water situation.

The filmmaker said that the recent water situation in the world has sobered even India to the harsh reality that the commodity which it has always taken for granted may not last long.

There is a need for strong remedial measures to save and conserve water or the world as we know it may not survive, he said, sounding a loud alarm bell.

Decrying the commercialisation of water and how it is already widening the rural-urban divide, Kapur said this has raised serious questions on the ownership issue of water.

While demand will never end, supply is depleting and commercialisation in the form of bottled water is already creating lot of problems in different parts of the country where big corporates deprive rural folk of their legitimate supply.

Kapur urged that it is time for the governments to not only focus on mega-engineering feats like the proposed 'garlanding of rivers' in India, but also strongly encourage and promote water harvesting and watershed management techniques, water conservation especially the ground water tables, and check consumption and deforestation all over the country.

Explaining his own involvement, Kapur said he would join any sustainable effort to conserve water and "even if my mere presence makes any difference, I shall gladly join it."

He expressed hope that WAWF would attract more celebrities and commoners towards a common goal of saving water for the survival of mankind.

The director is also planning to make a movie on water crisis. Titled "Paani", the film will show a futuristic city facing water crisis.
Posted by Indiblogs at 4:00 PM