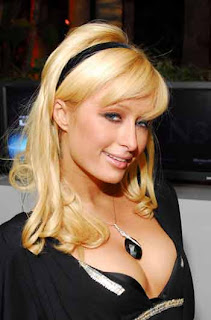 Socialite-heiress Paris Hilton will avoid jail after agreeing to a plea bargain in a cocaine case.

The occassional actress-singer-designer, who was arrested in Las Vegas last month after cocaine was allegedly found in her possession, will plead guilty to two misdemeanours, meaning she will be sentenced to a year of probation but won't spend time behind bars, reports contactmusic.com.

The 29-year-old will formally plead guilty to misdemeanour drug possession and misdemeanour obstructing an officer, when she appears before Las Vegas Justice of the Peace Joe Bonaventure Monday.

"We fashioned a resolution which would give us complete control over her future. If she does not toe the line and stay out of trouble she will do one year in the Clark County Detention Center," said Nevada's Clark County District Attorney David Roger.

If Hilton, who spent three weeks in prison in 2007 for violating the conditions of a driving under influence conviction, is arrested during her probation, her plea deal says she will serve a full year behind bars.

The deal read: "Defendant shall stay out of trouble. Defendant agrees that an arrest for any charge, excluding minor traffic violations for which a citation is issued, shall result in the immediate termination of her probation and the execution of the suspended sentences."

She was also arrested for drug possession in June in South Africa, although the charges were later dropped - must also complete a substance abuse programme, pay a $2,000 fine and perform 200 hours of community service.
Posted by Indiblogs at 4:39 PM