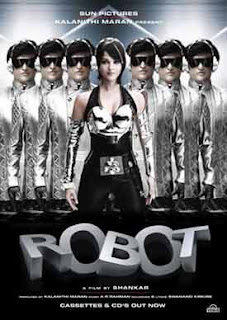 Ace South Indian director Shankar says he has tried his best to make his wild imagination a reality in much-awaited bilingual sci-film "Robot". He also says his lead actress, Aishwarya Rai, has evolved since the time they worked in "Jeans" together.

"The script was very difficult and I thought up a wild imagination and tried to make all of them come true with the help of the actors and technicians," Shankar told IANS in an interview.

"Robot" has none other than superstar Rajnikant playing the hero. Shankar has made the film in two languages - "Robot" in Hindi and "Endhiran" in Tamil - and they are releasing Oct 1. Apparently, made at a budget of Rs.175 crore ($38 million), it is billed to be the costliest Indian film ever.

The director admits that "Robot" was a tough film to make but added that they finished it before schedule.

"Actually it's a difficult movie and we finished it early. It should have taken a longer time. It's not a normal movie. There are only two or three normal scenes. All other scenes were difficult to execute and it was a tough job for the actors too. When two humans interact, it's very simple but when one human being interacts with a robot, everything is different," Shankar explained.

The director, who teamed up with Aishwarya for the second time after "Jeans" in 1998, says the former Miss World has matured as a better actress over the past decade and is extremely hard working.

"She is now very experienced. In 'Jeans' we had to experiment a lot...which we didn't have to do in 'Robot' and I am able to see her growth in acting. She is so hard working...she works from 7 in the morning till pack-up time. She is not only concerned about her role but is keen about other techniques and other aspects of movie-making... she is now well aware of that," said Shankar.

While he says it was a tough movie to make, he assures that technically advanced "Robot" will appeal to one and all.

"I am fully satisfied with the outcome. It's fully original and it's an Indian science fiction. It's one of the most simple science fiction films anyone has made. People in villages will also be able to understand it easily...it's perfect for the Indian audience," the director said.

"The script is more like an international film. Anyone from anywhere can understand, identify and enjoy the movie," Shankar added.
Posted by Indiblogs at 3:38 PM