'With Karan Johar till I'm kicked out' 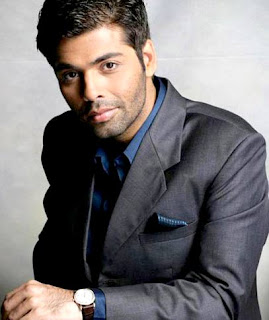 Director Siddharth Malhotra got his first break from producer Karan Johar and vouches to work only with Dharma Productions until he is kicked out even though he is getting big offers from others.

"Karan Johar is my guru. I saw his 'Kuch Kuch Hota Hai' and that day I decided I have to make a film like his," Malhotra, who made his directorial debut with "We are Family", told IANS.

He says he looks up to Karan. "I learnt everything from Sooraj Barjatya and Karan Johar. I was associate director in Sooraj Barjatya's 'Vivah'. I have already started getting offers from many big production houses, but I will make films only with Karan until he kicks me out," Malhotra said.

On the making of "We are Family", Malhotra said that he was working on a family comedy like "Chupke Chupke" initially. "Karan approved the story and I was signed. But we got stuck on a point in the second half of the film."

"I always wanted to make 'Stepmom' and was sure to make it at some point. My writers started working on it early on. Luckily, the first draft of the script was ready," Siddharth said, adding that "We are Family" started from there.

Malhotra says he would not have made the film if Kajol and Kareena had refused to be part of 'the family'.

"I had always planned to take Kajol and Kareena. I would not have made this film without them. While I was in the process of writing this film, I couldn't see anyone other than Kajol. When you see the film you would realise that no one except her could play that character."

He said Kareena is his second cousin but he always maintained a formal relationship with her.

"My grandparents are actors Premnath and Bina Roy. So Kareena's grandmother is my grandfather's real sister. That way she is my second cousin. I don't have a brother-sister relationship with her. We used to meet very formally at RK functions. Now we share a good rapport," said Malhotra.

Actor Arjun Rampal was the perfect choice because he fits best for the requirement of a strong and silent character.

"We needed a man who looks so good that two women would fight for him. He is strong and silent. We saw 'Rock On' and thought he is perfect."

"When you are making a film where the heroines are the hero, you needed a hero who understands it and still gives his cent percent. In 'Stepmom' there is not much of Ed Harris; here I wanted to show that here is a man who is a failure as a father and husband. Arjun is there in every frame of the film," said Malhotra.

And how does it differ from the original version?

"I always wanted to adapt the story line and not make a remake. I didn't want to copy scene by scene. I wanted three children. In 'Stepmom', there is an illegitimate relationship, here they are already divorced and legitimately he is seeing another woman. Here intentions are very clear."

"There are around eight scenes, which are similar to 'Stepmom' because those scenes are what you remember 'Stepmom' for," he said.

Malhotra maintains that it took him around a year to transform the American comedy-drama into an Indian story.

"It took us around one year. Karan came with his ideas, I came with mine. We knew that it's a hit Hollywood film, made by Chris Columbus, one of the biggest directors; seven writers had written that film; to adapt it and see that it should not look dated, the characters were made contemporary and the feelings were Indian; that took a lot of our time," said Malhotra.
Posted by Indiblogs at 12:17 PM