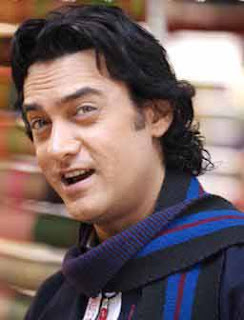 "Bollywood's 'Mr Perfect' Aamir Khan has been picked for a special role, which nobody except him will be able to essay. Film-maker Krishna Shah wants Aamir to play the role of the wandering singer," the Urdu daily Jang reported.

According to the report, the project was lying dormant for a long time as Shah was involved in his film "Mother: The Indira Gandhi Story" but now Shah is determined to take it forward.

Krishna has already approached Aamir for the role, while A.R. Rahman has been roped in for the music.
Posted by Indiblogs at 3:40 PM