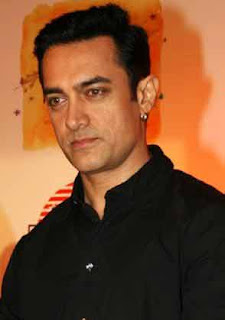 After playing a milkman, Bollywood actor Aamir Khan will be seen donning the garb of a barber and a shopkeeper in new TV commercials.

Aamir, who is the brand ambassador of TataSky, plays a barber and a shopkeeper in two different television commercials of the DTH service.

In both the ads, the customer walks in asking for a particular haircut or a white shirt, while he is forced to take something completely different. The situation shown in the films draws a parallel between the DTH companies and the barber and the shopkeeper and has been communicated through the use of humour and satire.

Conceptualised by Ogilvy and Mather, the core theme of the ads revolves around TruChoice Packages being offered by Tata Sky.

Earlier, the actor had actually turned into a barber while promoting his film "Ghajini", where Aamir was seen giving his typical Ghajini-style haircut to his fans.
Posted by Indiblogs at 9:09 PM