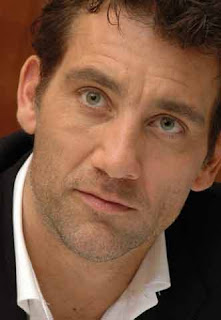 "Acting is about concentration. You know what is required and you know what you want from the scene. So you have to concentrate very hard to deliver," said Owen, who came dressed in an off white suit for the media interaction at the ongoing Abu Dhabi film festival.

"During my first film I was so excited that I was running around, talking to everyone. When it was time to give the shot, I was exhausted," he added on a humorous note.

"Acting is about discipline of concentration that you are ready for it. Before the shooting for my film, I keep very quiet. I turn away from everybody," said the 46-year-old.

More than any other filmmaking process, he enjoys acting.

"I love acting. Directing is a long process. If I ever take up directing, it has to be a piece of material that I am very passionate about," said Owen who was trained in theatre.

But now his first love is celluloid.

"If I am honest, I love films. I haven't done theatre for a while. I love the very fact of a people coming together for a film," he said.

After doing a period film like "King Arthur" and thrillers such as "Children of Men", "Sin City" and "Inside Man", Owen played an emotionally wrecked widower in last year's release "The Boys Are Back".

"The film is based on a real story. I was moved by the script. I wanted to explore it for the parents, but not in a very cliched way. The cliche is that when tragedy strikes, after sometime you forget everything and you are a happy family. But reality is different. People have problems and that's what this film is about," he said.
Posted by Indiblogs at 4:13 PM