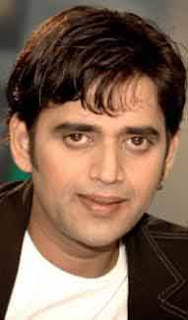 Bhojpuri actor Ravi Kishan, who has reportedly bared all for his upcoming project "Man from Banaras" says he had his inhibitions to portray the role of "aghori baba", but the requirement of the script gave him the boost.

"I play an aghori (wanderer) in 'Man from Banaras' and as per the requirement of the script and my role, I put myself in challenging circumstances. I was nervous but I was sure I could do it," Ravi told IANS in an interview.

The film, directed by Sudhir Kadam, is bilingual and produced in English and Hindi.

The 39-year-old actor, who has earned a name in Bollywood industry with films like "Raavan" and "Well Done Abba" says he is getting his due in the industry slowly and steadily.

"Looking back on my career graph I feel proud. Slowly and steadily I am getting my due in the industry and roles with which I can experiment my talent. My worth as an actor is getting recognised now, which makes me feel content with my growth," he said.

Ravi who is set to enthrall his audience with Imagine TV's "Raaz Pichhle Janam Ka-2" says this season is high on content and excitement.

"The second season of 'Raaz Pichhle Janam Ka' is going to be even more interesting for the audience. This time the show has a lot of content and brings out the genuine phobias of an individual.

"However, the format of the show remains the same, there are no changes, the doctor, the hypnotherapy -- everything is similar to the first season."

The reality show which featured common man in the last season is said to bring only celebrities this time.

"The only difference and surprise that the viewers are sought to experience is that this season will not feature any common man instead it will be high on Bollywood quotient."

"The episode which shook me the most has been Mahima Chaudhary and Chunky Pandey's. Their phobias and emotions will touch and connect with a lot of viewers.

The actor who produces Bhojpuri films under his banner Mahadev Production says he wants to produce for Bollywood too.

"I have thought about this and I think now I will take up Bollywood projects because I want to produce them now," he said.