Adrien Brody: I'm not as serious as my film roles 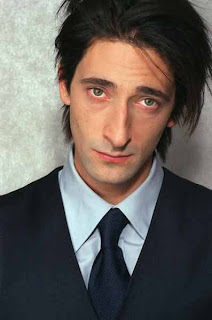 Adrien Brody, the youngest actor to win an Oscar, is known for portraying intense roles like in "The Pianist", "The Village" and his latest venture "Wrecked". But he says he's an easy-going person in real life and that he's even got a comedy coming up.

"I'm a much lighter person than the perception of me is. I am very serious about my work. I'm focused and respectful to the process (of filmmaking) but in general I am not always that heavy or intense in my personal life," Brody told IANS at the ongoing Abu Dhabi Film Festival.

Dressed in blue jeans and a black jacket, the actor, who is here with his mother, showed his humorous side during the interaction with his one-liners.

Asked why he's not seen in light-hearted movies, the 37-year-old said: "I wish that was up to me. But the wonderful thing is that I have had opportunities to do very challenging work and that have been seen by many people and directors I admire. When you see an actor succeed in doing something, you would think of them for may be your project where they fit and I understand that."

"It is also finding the right ones..I have a comedy called 'High School' that may come out this year. I play Psycho Ed...It's a very broad comedy but at the same time I wanted my character to be intimidating to the boys who steal from him. It has some elements of truth and there is humour within that - and that's the key.

"'Darjeeling Limited' is a comedy but there is substance, there is feeling and an opportunity for three brothers to reconnect and contemplate their dysfunctional relationship with each other and the loss of their father...and these are all relevant things that we can connect to. There is room for playfulness. There are glimpses of humour in 'Wrecked' and that's intentional," Brody told IANS.

His recent thriller "Wrecked", which had its world premiere here, was shot in just 18 days by director Michael Greenspan in one of the toughest locations in Vancouver Island. And Brody bit on ants, ate worms and did all the stunts himself to make his character as convincing as possible.

"Pure dedication made me eat worms in 'Wrecked'. I tried to be fearless and I forced myself beyond things I'm intimidated by," said the actor, who believes in preparing for his roles, but within limits.

"I go as far as I feel is necessary to prepare for a role. Sometimes there isn't enough time to do as much research as I would like to do. I do whatever I can to have a deep understanding of what I have to convey within reason. Obviously I wouldn't pick up drug addiction to play a character who takes drugs. But I used to smoke cigarettes and I understand the pain associated in withdrawing from it."

"Wrecked" is the survival story of a man who wakes up trapped in a mangled car at the bottom of a wooded slope in the middle of nowhere. What is worse is that he doesn't remember anything.

The actor has worked as executive producer on "Wrecked" and explaining the reason for endorsing it, he said: "Producing for the sake of a business venture doesn't interest me. But producing certain projects that speak to me in assisting their viability and also assisting creative minds like Michael and helping them see their work flourishing is part of the goal.

"Directing is a very separate interest of mine. Directing speaks to me much more than producing. If I'm going to direct a project of mine, I'll be the producer on that because I need to be responsible."

After teaming up with greats like Woody Allen and Roman Polanski, what made him work with Greenspan?

"I believed that Michael had the ability to make something special. I liked his approach, his insight into character and storytelling. Again you can't just make safe bets. You have to seek out new things that inspire you," said the actor.

Brody added that his father was overwhelmed after reading the script.