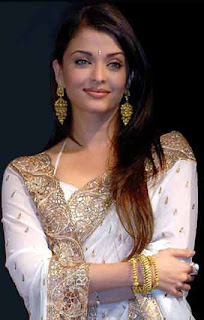 After doing her fourth Tamil film, "Endhiran", Aishwarya Rai claims to be far more comfortable working in the southern language. She also feels it is the kind of entertainer most leading actresses do though she hasn't done too many of them.

"I am definitely far more comfortable and more confident working in the language. I won't risk breaking into a conversation because I don't do that on a daily basis," Aishwarya told IANS in an interview.

"Probably because I have travelled so much, I am familiar with the language. It falls easy on the ear. I understand it, but I respect the language; so I don't want to break into a conversation in it, unless it's a group which is very forgiving on grammatical errors!"

"You learn dialogues, they are constructed sentences already, but I am far more confident today than I was during 'Iruvar' or 'Jeans'. Today I am far more at ease working in Tamil," said Aishwarya. She has also done the bilingual "Raavan".

Filmmaker S. Shankar made his latest, a sci-fi flick, in two languages - "Endhiran" in Tamil and "Robot" in Hindi - and released them simultaneously Oct 1. Made at a whopping budget of Rs.175 crore ($38 million), it's the costliest Indian film ever.

Aishwarya maintains that her character was easy to essay and she has rarely done films in the typical entertainment genre, unlike many leading heroines.

"He (Shankar) has a made an entertaining film. He has taken entertainment to the next level and has introduced something technically much ahead of what we have seen in recent times. So for me to go on set, it was more exciting to see the film come together. In terms of my contribution, I was just happy to work in this film," said Aishwarya.

This was her second film with Shankar after "Jeans" in 1998.

Asked what changes she noticed in Shankar as a director, she said: "I think now I know him better. 'Jeans' so early in my career, unlike any newcomers, I was associated with multiple projects at the very first year of my career.

"I was constantly experiencing a different set ambience and a different film I was working in. So, that time we were discovering each other. For me films were new, the technical aspect of films was new and I was working in Tamil. From then till today, we know each other much better."
Posted by Indiblogs at 1:19 PM