Aishwarya Rai is beauty with the brain: Sanjay Leela Bhansali 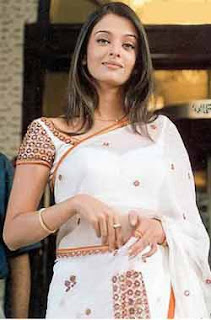 Filmmaker Sanjay Leela Bhansali, who has made a third film with his muse Aishwarya Rai, says she is not just beautiful but has a very sharp mind too. He also believes that the kind of humiliation he has gone through in life is important for an artist.

"With Aishwarya, it's so special. I feel blessed to have an actor who can understand me, who can interpret what I want to say without my saying too many words. If I don't like a shot, she knows exactly why I didn't like it. It's just two minds completely connected at that moment and understanding everything," Bhansali told IANS in an interview.

He gave Aishwarya's career a huge boost when he presented her as Nandini in "Hum Dil De Chuke Sanam". Then with the success of "Devdas", where she played Parvati, the duo celebrated the magic of their creativity once again.

Now with "Guzaarish", Aishwarya, who will be playing the role of a nurse called Sofia, will yet again be seen in a powerful role.

"She is not only a beautiful girl, she has a beautiful mind too, a sharp mind and a thinking mind that questions and answers. She is not someone who would just come to the set and say 'okay, now what am I supposed to do besides looking beautiful?'. So that is what I really cherish in her," said the 47-year-old director.

"Also, over the years, I feel through her exposure to world cinema as a jury member, going to Cannes, going to various other film festivals, meeting international actors and directors - all that has really made her an evolved person," he added.

"Guzaarish", slated to release Nov 19, also has Hrithik Roshan essaying the role of a magician who becomes a paraplegic when a magic trick goes wrong.

With "Guzaarish", he will once again explore the life of a paraplegic. When asked the reasons for doing so, the filmmaker said he likes taking up subjects that are closer to life and not very talked about.

"It's very interesting to take subjects like these, which are not very talked about. It just makes you aware about the beauty of life and what we have and how we should cherish what we have. In the process of going through all these characters that I create, I have learnt so much about living a good life, of becoming a better human being and of evolving as a person," he said.

"I've seen everything and beyond that many more things which one necessarily doesn't have to talk about. It's very important to celebrate it all because it's important to say that it's not just about entertaining cinema. It's not necessary that you have to follow a formula to be able to say something you want to through the medium of films and that's what I do," he added.

After making films on so many varied subjects and mainly on a grand scale, which one did he find most challenging to make?

"Every film, when I'm making it, is tough. Every subject is different and difficult. It has its own challenges and I always walk the line. I don't pick up a subject, which is necessarily very easy. It's so wonderful to walk that line because that's where the challenge comes from," said Bhansali.

"Also each one so far has been very satisfying. 'Saawariya', even if it's not celebrated and people had not connected to it, it is one of the most important works that I have done and I feel it should have been acknowledged and got its praise because it was very rare and beautiful.

"But 'Guzaarish' is as beautiful for me and so are all my other films," he added.
Posted by Indiblogs at 3:33 PM