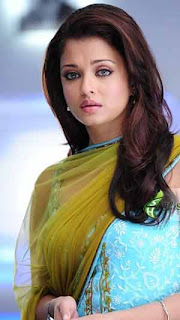 Aishwarya Rai, who once again teams up with Sanjay Leela Bhansali in "Guzaarish", says they share a strange connection. The beautiful actress also says that the sensitive film helped the whole team reconnect with the goodness inside them.

"We are so strangely connected that we can communicate so much in silence. You can't bring down the experience of working with Sanjay in one word, sentence or a paragraph. Sanjay can't be contained in a word. We all say he is a genius, multi-faceted, but actually he is a real artiste. He sings, he breaks into dance, he loves music and he is very intense," Aishwarya told IANS in an interview.

"Guzaarish" being her third film with Bhansali after "Hum Dil De Chuke Sanam" (1999) and "Devdas"(2002), the actress reveals that she has always felt being an important character in his films and not just the lead heroine.

The actress refrains from saying that intense roles are harder than playing the typical Bollywood heroine. Citing her last two films with Hrithik - "Dhoom2" (2006) and "Jodhaa Akbar" (2008), Aishwarya says her roles were equally intricate to the genres of both the films.

"I have done a lot of intense films, lesser comedy films, and lesser commercially typical heroine films and yet I say all could be equally easier or tough. When you go without make-up, wear a sari, suddenly that role becomes more intense and just because you put make-up, wear dresses and do hair styles the role becomes frivolous...I think it's unfair to compartmentalise creativity like that. How you pose for the camera is also a craft.

"In 'Dhoom' we had to look smashing in every frame, the character's incidental in terms of acting nuances, but everything had to look perfect. That's also a method of the craft.

"In 'Jodhaa Akbar' we were doing a history together, but in every point while we were working with the detailing and authenticity with a director like Ashutosh Gowariker, we brought that in. It always played in our mind that it shouldn't look that today's kids are donning historical costumes. That needed a certain kind of craft," Aishwarya explained.

In "Guzaarish", Hrithik plays a paraplegic and "yes, I am playing a caretaker nurse, but within that we had to bring in the story that Sanjay really wants to tell and at the same time we have to be honest to our character in terms of expressing our inter-personal relations," Aishwarya said.

Asked if through the journey of making the film, she had subtly evolved as a better human being, she said: "The whole team felt that. Everyone has goodness in him or her. But everyone has experiences which help you connect or reconnect with the goodness in you or the goodness you wish to share. This film has been a very positive film for the whole team because of the intensity of the genre and the sensitivity of its nature."
Posted by Indiblogs at 3:27 PM