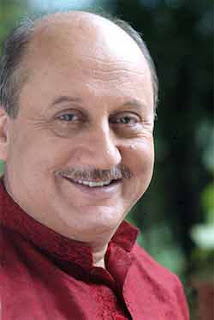 Indian actor Anupam Kher is launching his acting school, Actor Prepares, in New York in a venture that will especially provide a platform to Indian origin actors in North America.

The launch is being announced in association with the chairman and CEO of TV Asia, H.R. Shah. It will be the second overseas chapter of the Mumbai-based studio after the one in London.

Anupam Kher says, "Acting is a craft which is universal and can be taught, learned and perfected. It is a craft that has now transcended regional and national barriers as reflected in productions with global themes and locales in an era of crossover films. This school will not be Bollywood-centric; it will train actors to perform anywhere."

In 1997, entrepreneur and community leader H.R. Shah took over TV ASIA and shaped it into a channel that focuses on the Indian community, its culture, traditions and family.

Shah says of the joint venture with Kher: "There are a lot of talented Indian American actors in North America who have no platform to promote their talent.

"Actor Prepares will educate to graduate and provide the perfect opportunity to this pool of talent which will learn the craft from one of the most famous stage and film actors today. Actor Prepares will help them gain a foothold not just in Bollywood, but in Hollywood."

"The concept is in line with TV Asia's own philosophy, home away from home, to promote our culture and education through the medium of film and television," he says.

"To that end, we will promote Actor Prepares and its centres in various cities across North America on the channel."
Posted by Indiblogs at 3:17 PM